I was in the mood for Double Chocolate

Behr's Chocolate Chocolate with primer to be exact ....  the bright bedroom was a great look, but I wanted my Chocolate back.

My oldest son stopped by and he didn't even address it.  He just said, I'm so glad Football is back, all my male friends were on Facebook talking about Reality Shows.  I thought it was the end of the world.

Last son peeped in and said, Oh you're going back to chocolate.  I'm going to the Mall. 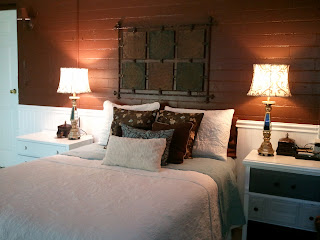 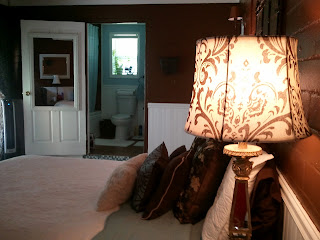 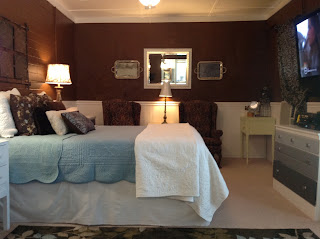 2010:   I'd actually painted it Chocolate before (this particular color was called Cowboy Boot, by Valspar) 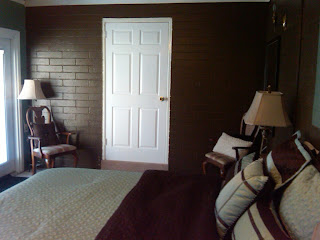 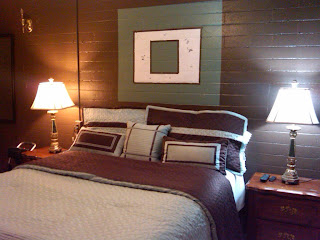 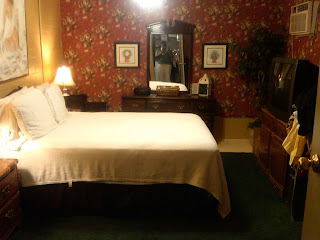 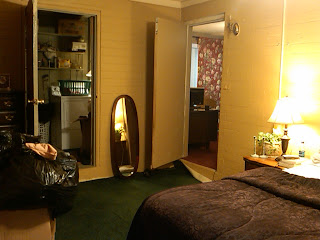 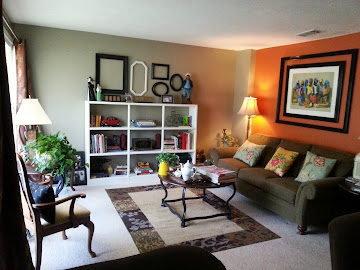